Had a great week at Staunton River Start Party with my son and friends Rob, Paul, Matt, Dave and many others! The star party is great! The park staff are awesome. The diner they operate 22 hours a day during the star party is a real treat!  One night’s special was a rather delicious Philly Cheese steak;  I was also convinced one late night to partake of an ice cream, brownie and whip cream combo!

I tried something a little different for this star party, I arrived the day before and temporarily set up in the park’s campground.  This afforded me a less stressful first night of the star party which for me has always been a tough night to stay up late after a long day of packing up at home, driving then unpacking, setting up the camper and then setting up the telescope.  I highly recommend this approach to any star party goers when feasible!

The week started out a little on the wet side. The rain and the resulting moisture in the air caused me some problems with equipment but in the end, most of the issues were resolved. While Tuesday night shut me down due to equipment/moisture problems, heavy (HEAVY) dew shut down most others. Wednesday night was spectacular and most of my equipment ran great, though a very dirty corrector plate caused some issues with dew and additional gradients in some of my views. The weekend ended on a very cloudy note with clouds rolling in and shutting us down a little after midnight. Friday night was a complete bust and forecast for Saturday was also cloudy.

I worked out quite a few of the bugs in my video astronomy/EAA (Electronically Assisted Astronomy) process and learned a few tricks as well. Compare these captures with those captured a month ago at ECVAR and you’ll see I was able to get the right backspacing for my focal reducers (no more gull shaped stars towards the edge of the field of view and using an IR filter is helping the stars being bloated.

On Saturday we really enjoyed the solar system walk set up by Cafe Fear Astronomical Society though we never did find Neptune.

We stayed long enough Saturday to attend some really good talks, partook of the raffle prize drawings and then headed home. All and all, a great time was had!

Lastly, I thought I would share a video published by another attendee of the Fall SRSP, see below. 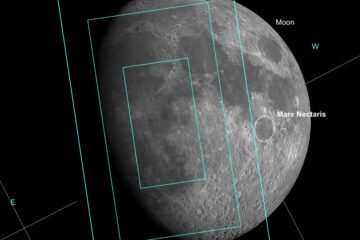 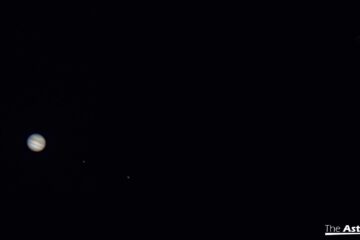 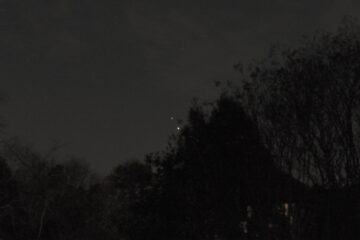