On Tuesday November 8th, 2011 asteroid 2005 YU55 which is about the size of an aircraft carrier buzzed the Earth within 201,700 miles (324,600 kilometers).  As a point of reference, our moon is 238,000 miles away!   Even though asteroids of this size pass by Earth frequently, the last time a space rock this large came as close to Earth was in 1976, although astronomers did not know about the flyby at the time.  The next such close flyby will take place in 2028, when an asteroid called 2001 WN5 will pass about halfway between the Moon and Earth.

The path of Asteroid 2005 YU55, when it was visible in the skies above North America, took it thru the constellation of Pegasus.  Although there was an almost full moon washing out the sky, conditions were clear.

Several Raleigh Astronomy Club members and I attempted to capture a view of this asteroid either visually or via a camera.  I captured the asteroid visually from the club’s viewing site near Jordan Lake.  I was finally able to track this sucker down at around 9:35 when it flew thru an asterism of a backwards 7, this was one of the intercept points I had calculated.

There were times I could make out the asteroid very clearly in my 8″ and others when I had to use averted vision. I thought it could have been the seeing causing this variability but then noticed the surrounding stars of similar brightness were not fading, so it must have been varying in brightness (the asteroid’s rotation perhaps?). The asteroid was moving quite fast thru my field of view.  It took perhaps a minute to move from edge to edge in my eyepiece, which is about ¾ of a degree (or 42”).  I tracked it visually until almost 11:45pm, occasionally losing it and having to calculate new intercept plots based on the data points gathered from the IAU Minor Planet Center.

This was my first time observing an asteroid; half the fun was the hunt!  It was truly a great observing opportunity! 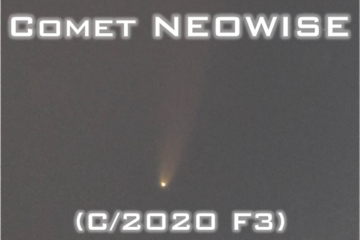 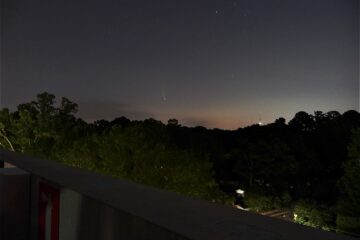